ALT at the forefront: Implementation of Sigfox technology

ALT at the forefront: Implementation of Sigfox technology

SigFox is a French company founded in 2009 that provides theLow-Power Wide-Area Network (LPWAN) service – that is wireless and was created to work and interact with low-energy devices – such as sensors that run on conventional batteries – with data transfer rates of up to 12 bytes.

The network works with the UNB –ultra narro bandtransmission technology and consists in using narrow channels of the spectrum to reach great distances with a minimum energy requirement. The following illustrations show graphically the advantages of using small bandwidth channels; the first shows that managing data in small bandwidths helps avoid interference while the second graph shows the energy consumption-bandwidth ratio of various technologies.

The operation of this network is very similar to cellular telephone networks because this network operates from the placement of several receiving and transmitting stations; The difference between SigFox and cell phone stations is that the devices and sensors that are connected to the SigFox network are not depend to a single specific base station, that is, any station can receive the information and transmit it to the cloud.

The public band used for the exchange of messages in SigFox is in 200 kHz and in which each message has a width of 100 Hz and can be transmitted at a rate from 100 bits to 600 bits – those rates vary according to the country. Moreover the SigFox network uses bidirectional radio bands without an ISM license –industrial, scientific and medical radio bands, which are bands used for multiple uses except for telecommunications – in the United States of 902 MHz and in Europe of 868 MHz.

Security is very important in this network, whereby each device must have an identification code assigned, it has VPN encryption protocols and uses the https protocol

A device can to work on this network, it is required that it contains a communication module compatible with SigFox – chips, board such as the MKRFox1200 or specific kits.

ALT present at the NIDAYS 2018 event 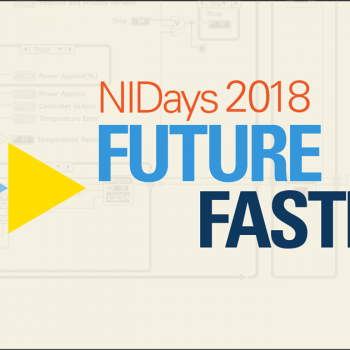